This recipe is a very simple and easy way of making One Pot Rajma Masala. Rajma or Kidney Beans Curry is a famous North Indian dish that is made very often in Punjabi households. This is the must have dish in every Punjabi family. The only time-consuming part of this recipe is to soak the rajma or kidney beans. You just have to put all the ingredients in a pressure cooker, and your rajma masala will be ready within just 40 minutes. You can also search for more Punjabi or Vegetarian Recipes like Punjabi Rajma Masala, Malai Kofta, Chana Masala, Lauki Kofta Curry, Hariyali Paneer and many more. 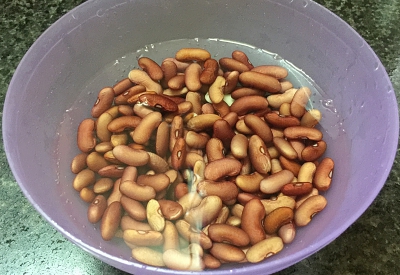 After soaking drain water and put it into a pressure cooker Pressure cook it for 20-22 whistle Rajma should be cooked and boiled well 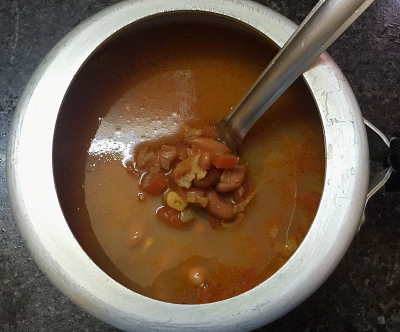 let it simmer on medium heat until the gravy thickens 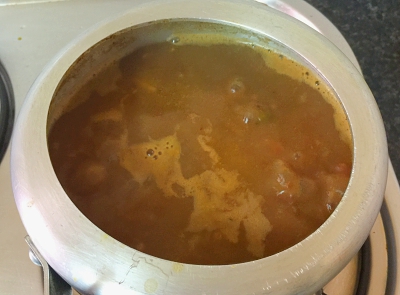 Now the gravy is thick Switch off the flame About the Author: Arpita

Arpita is an Indian Food blogger sharing her passion for food and cooking on this blog. Arpita is also a Globe trotter and an avid beauty and makeup enthusiast. Hi … This is Arpita. I am an Indian Food blogger and FoodIndian.org is a humble attempt at sharing my passion for food and cooking.  Read my story